This Video Can Change Your Life | It Really Works! | Use This! 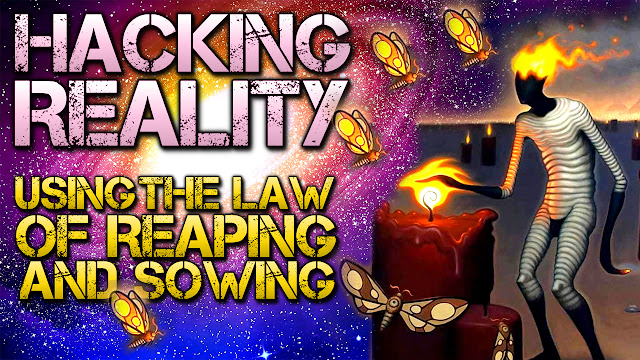 Here is a link to the video: https://youtu.be/_Eb-UQA9fsc

Socrates once said that energy, or soul, is separate from matter, and that the universe is made of energy – pure energy. This makes me think of what Alan Watts once said in a lecture, “In this Universe there is one great energy and in Buddhist philosophy it is called “One Suchness” and we are all one Suchness. That means Suchness comes and goes. As the Chinese say it is the Yin and the Yang.” So with that stated, this One Suchness is built on Universal laws or principals that are always in effect and these laws can not be broken no matter what. Some of these universal laws are in the physical world while others are in the spiritual world and they affect every aspect of life on planet Earth.


As stated by truththeory.com, “Hermes Trismegistus was known by the ancient Egyptians as “the great great” and “master of masters” and was the founder of the Hermetic teachings. All fundamental and basic occult and esoteric teachings can be traced back to Hermes. The fundamental teachings of the Hermetic Art are based upon the 7 universal principles.” The sixth principle is the principle of cause and effect and it states “Every Cause has its Effect; every Effect has its Cause; everything happens according to Law; Chance is but a name for Law not recognized; there are many planes of causation, but nothing escapes the Law.” It explains that: “Everything Happens according to Law”; that nothing ever “merely happens”; that there is no such thing as Chance… only law unseen.”

There are many Universal Laws but in this video I am going to focus on just one. It is the Law of Reaping and Sowing. It is so simple that many of you will think it is too easy to be possible. But trust me I believe without a doubt that it really works. In the Holy Bible it states in Galatians 6:7 “for whatever a man sows, this he will also reap." Simply put whatever you put out into the Universe you will get back into your life and this applies to your thoughts.

The Law of Reaping and Sowing states that whatever you plant in your mind, you will eventually manifest in the physical world. It is similar to farming. You first prepare the soil then you choose which seed you would like to plant. You give it plenty of water and sunlight. When the season is right the seed will grow into a plant and bear fruit. The same goes for your life except the Soil is your mind, the seeds are your thoughts, the water is your actions and the Sun is your emotions or feelings.

If you plant a thought in your mind and like giving a seed water, you focus on it regularly and like the Sunlight, you really feel in your heart that it will manifest, it has no choice but to manifest. You may ask me, if this is true then why do most people usually never get what they want? And I will simply answer that most people are trained by society to focus on what they do not want and in most cases, they focus on negative thoughts.

The universe, including all human beings and all life, are made up of energy and this includes negative and positive energy. Like I mentioned earlier in this video it is the Yin and The Yang. As stated by the-benefits-of-positive-thinking.com, “Quantum physics come to say that everything is made up of atoms, which are made of particles called quanta. Those quanta are described as energy vibrating at a certain frequency, which tend to "come together" or "gather" with other quanta vibrating at the same frequency. The fact that, at a subatomic level, the particles that form everything are not standing still but they are vibrating, translates as "everything is energy in motion". Our thoughts are also energy vibrating. Whatever thoughts we choose, they vibrate at a certain frequency that is drawn to and attracts elements (including other thoughts) that vibrate at the same frequency.”

In life, you can not put out negative energy into the world and expect to get back positive results. If you plant a fig tree seed, you can not expect to grow apples from that tree. If you are constantly focused on the things you do not want to happen in life and similarly if you are constantly focused on the things you do want to happen in life, based on the Universal law of reaping and sowing, it has no other choice but to manifest into reality. On plus.maths.org it states, “One of the most famous experiments in physics is the double slit experiment. It demonstrates, with unparalleled strangeness, that little particles of matter have something of a wave about them, and suggests that the very act of observing a particle has a dramatic effect on its behavior.” So basically you as the observer are literally creating reality with your thoughts. Your thoughts are things and they create reality. The First Principle of Hermetic Teaching is The Principle of Mentalism and it states “The All is Mind: The Universe is mental” So do not fall into to the trap of thinking that your reality is magically going to change, you have to change your thoughts in order to change your reality.

I can tell you with certainty that my life has changed dramatically since I started these practice. Not every seed that I have planted has manifest yet, but I believe in my heart that they will manifest at the right time in my life. After watching this video, you may choose to incorporate some of these practices into your daily routine or not. It’s up to you.

So to conclude this video I would like to say like Justin from You Are Creators mentioned in his video was six words to think about religiously; which are “You Become What You Think About.” Stamp those words into your mind and heart daily fiend.

FOOTNOTES
Learn This, and You'll Never Be The Same! (Use This!) - https://youtu.be/9Zr1nKYN-VgThe 7 Universal Principals Of Hermatic Teaching - https://truththeory.com/2016/04/15/the-7-universal-principles-of-hermetic-teaching/
Quantum Physics And Positive Thinking - http://www.the-benefits-of-positive-thinking.com/quantum-physics-and-positive-thinking.html
Physics in a minute: The double slit experiment - https://plus.maths.org/content/physics-minute-double-slit-experiment-0 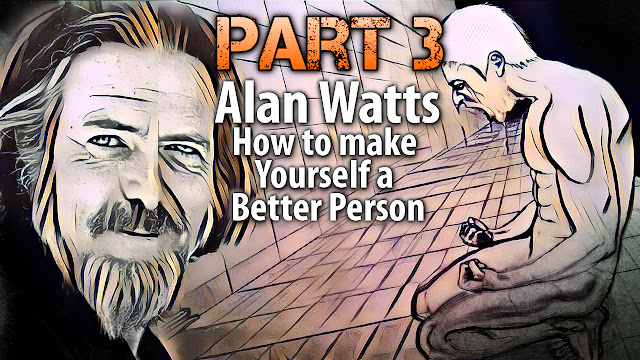